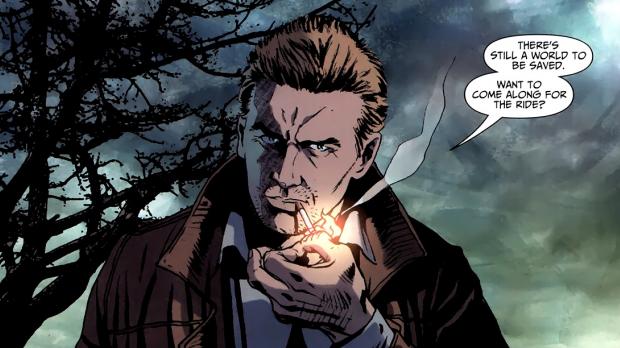 Yeah, okay, let’s do this one today.

You get a lot more leeway when it comes to the motivation of a hero. It’s a lot more justifiable to have heroes out doing good for the sake of good because, at its core, humanity is basically good. Most individual humans, despite their flaws, would probably step up to proper evil if they had a chance to do so. At least, this is what I choose to believe when I’m writing because I tend to go for worlds that haven’t been totally mashed by jackbooted authoritarians or corporate shitheels or the like.

But what if you are building one of these worlds? In a world where oppression and misery are the norm — think 1984 — then a hero for the sake of being heroic won’t work. They need a reason to fight against the bastards that are grinding them down, something more than just them being subjected to a horrible way of life. This horrible way of life is all they know, so there needs to be something else to push them to fight. Again, in 1984 this is Winston’s love for Julia, but it can be anything, so long as it gives the hero a look behind the curtain.

Of course, just because they don’t live in a hellscape, doesn’t mean your hero doesn’t need these reasons. The way to make a hero interesting is to give him flaws, cracks in the veneer. The reason I can’t get on board with Superman as a hero, for instance, is because he’s so bloody perfect. The big blue boy scout. Truth, justice and the American way. That’s flat, dull, and for me not very compelling. Contrast that with the dude at the top of this post, John Constantine.

Constantine is best described as an arsehole. At his core he’s a good guy, but he’s selfish, often cowardly, a chain-smoker, rude and downright abrasive. He has a habit of sacrificing his friends if it will give him an advantage in a fight — which happens a lot — and never speaks plainly when a lie will do. This is a man that recently vowed to let the world burn and let billions of people die if it would let him save his own life and that of his ex-girlfriend.

But he is, ultimately a good guy.

That is the sort of hero I can get behind. Conflicted. Everyone has doubts about what they are doing, if your hero doesn’t then he’s not a person.